Greece is a beautiful country with a lot to offer. From stunning architecture to delicious food and breathtaking scenery, there is something for everyone to enjoy. Greece is also an awesome destination for solo travellers.

With its friendly locals and relaxed atmosphere, Greece is the perfect place to explore on your own. There are plenty of things to see and do, and you’ll never feel lonely or out of place.

A solo traveller can easily spend a day exploring the Acropolis in Athens or hop over to Mykonos and relax at one of the gorgeous beaches (or party the night away!).

And of course, no trip to Greece would be complete without sampling the local cuisine. From fresh seafood dishes to traditional Greek salads, there are plenty of delicious dishes to savour in Greece.

The 8 Best Things To Do Alone in Greece

The Acropolis is one of the most popular tourist attractions in Greece due to the amount of history it holds. An absolute must when you visit the city of Athens.

This ancient citadel is home to some of the most iconic buildings in the country, including the Parthenon.

It’s easy to spend an afternoon exploring the Acropolis, marvelling at the ancient architecture and learning about the history of this fascinating site.

opportunity to meet other people.

Pick up Gyros from just about anywhere!

A gyro is a Greek dish made of meat (usually lamb or chicken) that is cooked on a rotating spit and then served in a pita bread with yoghurt sauce, tomatoes, and onions.

Gyros are one of the most popular street foods in Greece, and they make for a great meal when you’re travelling alone as you don’t have to worry about sitting down in a restaurant by yourself.

You can find gyros just about anywhere in Greece, so be sure to try one (or two!) while you’re here. They are pretty cheap too which is great when you’re on a budget.

Swim at Red Beach in Santorini

Red Beach is one of the most popular beaches on Santorini, and for good reason – it’s pretty jaw-droppingly gorgeous!

The unique beach gets its name from the red volcanic rocks that surround it, and the water is crystal clear.

It’s the perfect place to go for a swim. Head here early if you want to try beat the crowds cause believe me, it’s one popular spot!

Do a walking tour in Athens

Walking tours are great, and they’re even better when you’re travelling solo because they are an awesome way to meet other travellers!

The walking tour you chose will depend on what major sites you visit. It’s likely you’ll get to explore some of the lesser-known neighbourhoods and get a real feel

for the local culture too.

It’s a fantastic way to see the city and walking tours are a relatively cheap activity to do, or sometimes even free.

Watch the sunset in Santorini

Now you may read this and immediately think watching the sunset is something romantic for couples to do, not solo travellers but if you’ve ever seen photos of how many people gather to watch the sunset in Santorini you’ll know it’s faaar from romantic.

We’re talking people standing shoulder to shoulder on the footpaths throughout Oia watching the sun go down.

That probably isn’t sounding all that appealing BUT it is definitely a Santorini must do, of course it’s pretty spectacular and it’s pretty cool to see that amount of people getting excited over a sunset. People even clap and cheer once the sun disappears beyond the horizon!

The reason it’s a great activity to do by yourself is the bigger the group, the harder it is to find a spot to watch the sunset. You’d have to get there pretty early!

When you’re by yourself you don’t have to worry as much, also because the footpaths get so packed out, nobody would know you were on your own anyway.

Explore the streets in Mykonos

The streets of Mykonos are an Instagrammer’s dream, this Greek Island certainly packs a punch. The buildings are so picturesque with their blue and white paintwork, it’s hard to believe they’re real!

A solo traveller can easily spend a day exploring the streets of Mykonos, taking photos and enjoying the lively atmosphere. The Windmills are a must-visit and Little Venice is as well.

If you’re feeling like a bit of a boogie later, you can hit up one of the many nightclubs. Paradise beach is a popular spot to visit.

Mykonos is well known for its nightlife, so you’re sure to have a great time dancing the night away.

Hit the beaches in Paros

Paros is home to some of the best beaches in Greece. From secluded coves to long stretches of sand, there’s something for everyone. Be sure to check out Golden Beach, Santa Maria Beach and Parasporos Beach.

If you’re looking for a bit of excitement, you can try your hand at windsurfing or kitesurfing. Paros is a great place to learn, with plenty of schools offering lessons.

Take a stroll through Naoussa

The old port of Naoussa is one of the most picturesque spots in Greece. It is the second largest village in Paros with the famous Kolymbithres beach nearby.

This charming fishing village is home to traditional Greek architecture, narrow streets, and a beautiful harbour.

You can easily spend a day strolling through the streets of Naoussa, taking photos and enjoying the relaxed atmosphere.

If you’re feeling hungry, you can stop for a bite to eat at one of the many tavernas. Naoussa is known for its fresh seafood, so be sure to try something from the menu.

Is solo travel in Greece safe?

Absolutely! Greece is a very safe country to travel to, and solo travellers are unlikely to experience any problems. However, as with any country, it’s always important to exercise caution and be aware of your surroundings.

When travelling alone, it’s also a good idea to let someone back home know where you’re going and when you’re likely to return.

In general, Greece is an extremely welcoming and hospitable country, and solo travellers are sure to have a great time exploring all it has to offer.

How to get around Greece when travelling solo

The best way to get around Greece is by bus. The Greek bus system is extensive and efficient, and tickets are relatively cheap. You can also rent a car, but be aware that driving in Greece can be a challenge, as the roads are often narrow and winding.

If you’re planning on island-hopping, the best way to do it is by ferry. There are ferries between all of the major islands, and tickets can be bought at the port. Just be sure to check the schedules in advance, as ferry times can be unpredictable.

Once I caught a ferry that was meant to take 4 hours and it ended up taking 6! So you could say delays are rather common. The prices also vary depending on the speed of the ferry so it is possible to get a faster boat but expect to pay for it.

Don’t forget to check flights as well. Depending on where you’re travelling and what time of the year, it might actually work out cheaper to get a flight as opposed to a ferry. In peak season the ferries do book out so make sure you’re prepared and secure your spot in advance.

In general, Greece is a very easy country to travel around, and solo travellers should have no trouble getting from place to place.

A commonly asked question is what is the best Greek Island for solo travel? And there’s no definitive answer really, it all depends on what you’re looking for. Do you want to party all night long? Or is sunbathing and swimming at the beach all day more your vibe?

If you’re looking for a party scene, then Mykonos is the place to be. But if you’re after something a little more low-key, then Paros is a great option. Santorini is kind of the sweet spot in between, then if you want to soak up a whole lot of history, Athens would be the top pick for you.

No matter what your preferences are, Greece is a fantastic country to explore solo. You’ll find friendly locals, beautiful scenery and plenty of things to keep you occupied. 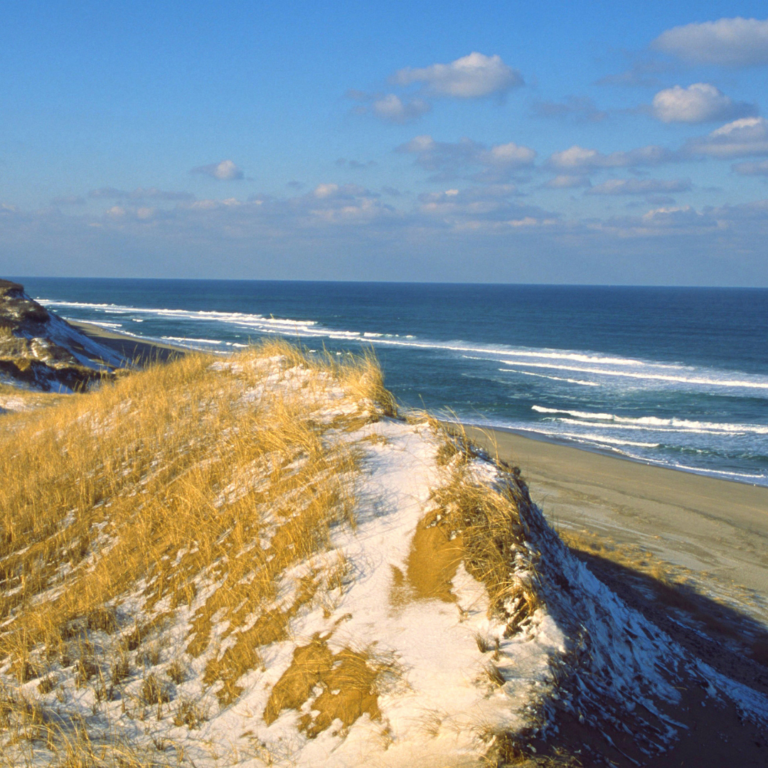 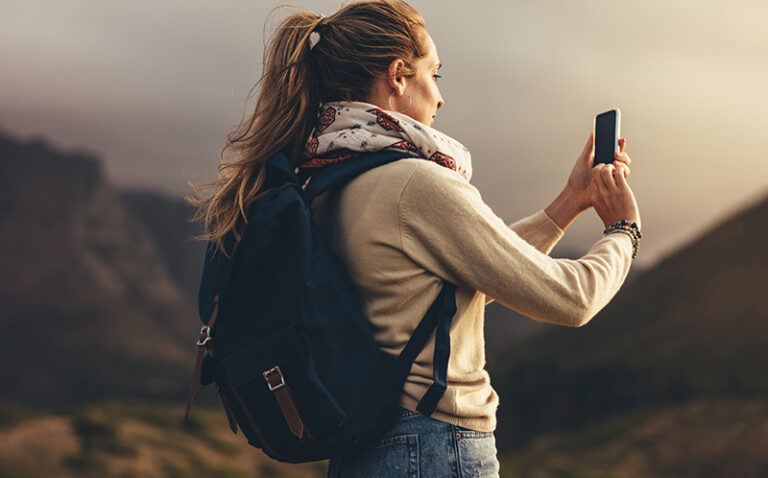 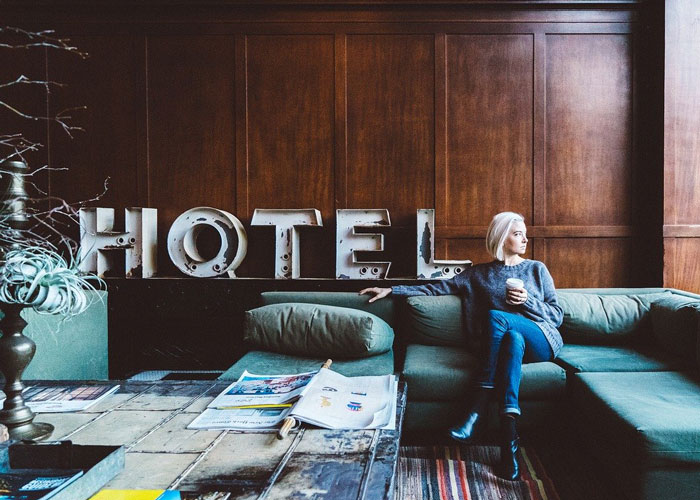 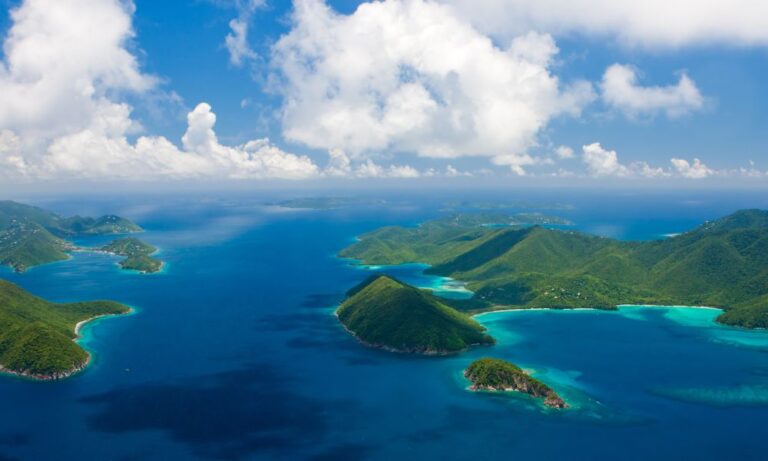